How Does Asbestos Damage Health and Well-being?

Asbestos most commonly damages health and well-being when asbestos fibres are breathed into the lungs.

Because asbestos fibres are so fine, they can penetrate deep into the smallest airways of the lungs so that they cannot be easily breathed or coughed out. Once the fibres are inside the lungs, the body's defence mechanism tries to break them down and remove them.

Each fibre is a foreign body, like a splinter in a finger. As the body tries to neutralise and break down the irritating fibres, inflammations develop.

These processes can lead to the development of asbestos-related diseases. Asbestos fibres are so strong that they can also penetrate through tissue into the sensitive lining of the lungs (the pleura) which can also cause illness.

Once fibres are in the body, they can move around, not only into the pleura, but also the lymph nodes and other parts of the body.

Fibres can also be swallowed. For example, when mucous and sputum that contain a lot of fibres are swallowed, some of these fibres can stick in the intestinal track and from there they can move into the lining of the abdomen (peritoneum).

Fibres can penetrate the skin and cause irritation and reddening. Because of this, some people think that asbestos can grow inside the body like a tree, but this does not happen.

Does Exposure to Asbestos Always Damage Health and Well-being?

It is possible to be exposed to high levels of asbestos for long periods of time and not to develop any of the asbestos-related diseases.

However, it is generally thought that the more asbestos you have been exposed to, the more likely it is that you will develop an asbestos-related disease such as asbestosis.

This may mean that you have been exposed to smaller doses of asbestos over a long period of time, perhaps ten years, or to larger doses over a shorter period of time.

It is possible to develop mesothelioma, a cancer caused almost exclusively by asbestos, because of a brief exposure to asbestos.

There is usually a long latency period between exposure and actually developing an asbestos disease.

It usually takes at least 10 years, but can take much longer. It can, for instance take more than 50 years for an asbestos related disease to develop to the point where it can be diagnosed. 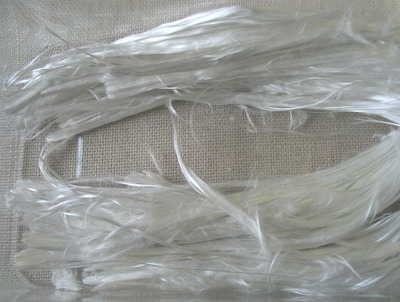