Asbestos is a natural mineral, mined from rock found in many countries, including Russia, Canada, China and Brazil. It is made up of tiny fibres that are as strong as steel, but can be woven like cotton, and are highly resistant to heat and chemicals.

Asbestos was dubbed the 'Magic Mineral' because of its unique properties and from the 1860s onwards it was used in thousands of products and buildings all over the world.

There are three main types of asbestos that have been used in this country: brown asbestos (amosite); blue asbestos (crocidolite) and white asbestos (chrysotile).

From the late 1880s it was realised that this 'Magic Mineral' had a damaging effect on health, but the truth about the dangers of asbestos was hidden by employers, and successive governments failed to act to protect workers.

It was not until the mid-1980s that blue and brown asbestos were banned in the UK, and not until November 1999 that white asbestos was finally banned.

However, asbestos is still causing damage to us in buildings and the wider environment. While asbestos in good condition is not harmful as such, it becomes highly dangerous once the material is damaged or disturbed e.g. by tools or weather. 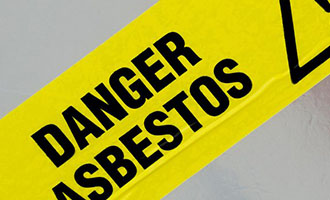 Asbestos most commonly damages health and well-being when asbestos fibres are breathed into the lungs.

Because asbestos fibres are so fine, they can penetrate deep into the smallest airways of the lungs so that they cannot be easily breathed or coughed out 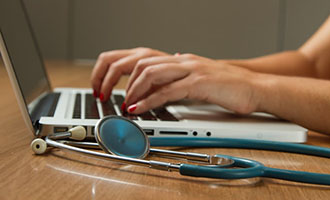 There are five main types of asbestos-related diseases: 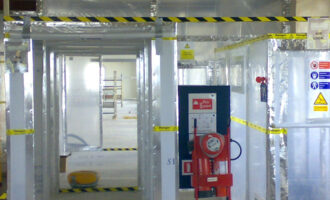 Asbestos is the greatest single cause of work-related deaths in the UK. Asbestos was used extensively in the UK between the 1950s and the mid-1980s.

While asbestos in good condition is not harmful as such, it becomes highly dangerous once the material is damaged.